Christoph was born in Schönebeck (Elbe), Germany, speaks High German and is fluent in English, Spanish and Portuguese. He holds a Bachelor’s and Master’s Degree in Vocational Education and German. For the past five years, he has been teaching German online and has helped hundreds of students reach their goals.

In 2007, he visited a friend in Brazil and began attending German and Linguistic courses at the Universidade de São Paulo (USP). During this time, he also began teaching German to students, thoroughly enjoyed this experience and decided to pursue this endeavor full time.

From 2010-2015, Christoph studied Vocational Education at the Technische Universität München (TUM) and German at LMU. In the first year of his Master’s studies, he completed an internship at the Goethe-Institut in Brazil, watched many inspiring teachers there and prepared conversation group classes. This preparation has served him well, and his passion for teaching the German language has never ceased.

He has also lived for one year in Brazil and four years in Argentina and understands the difficulties in learning a foreign language as he experienced these struggles firsthand when he was learning Portuguese and Spanish. As a result, he appreciates the need for effective learning materials and strives to continuously implement new methodologies in his classes to help his students reach their full potential. 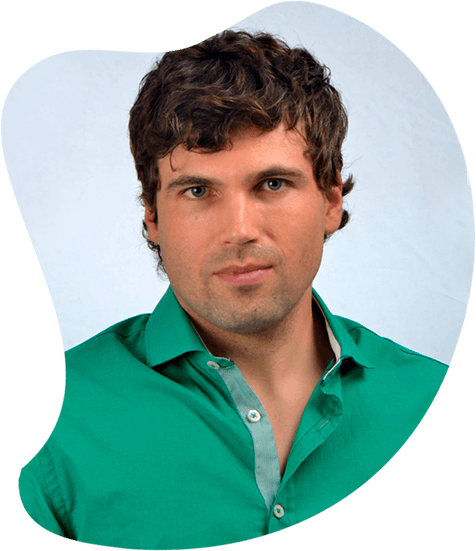