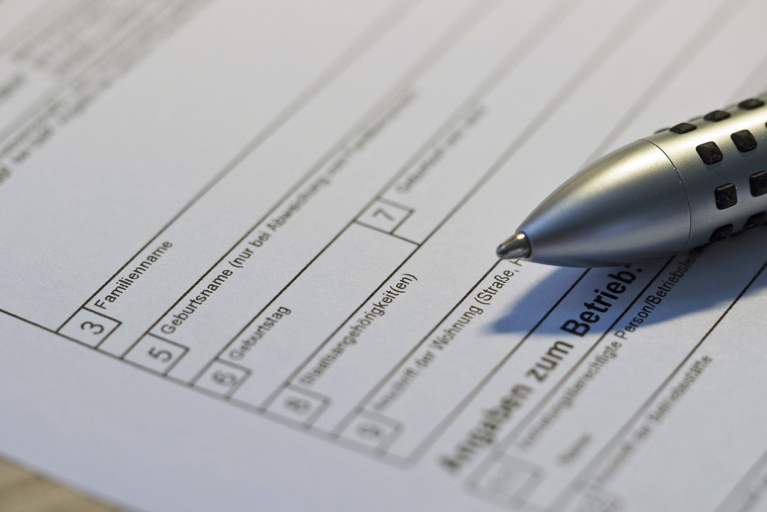 Maybe some of you have already found a place, though it’s more than likely that many of you are still looking. What’s certain is that most of you have encountered terms and phrases that weren’t covered in the last article or in your textbooks. Language learning is slippery. Everyday speech is fluid and doesn’t always conform to the rules. Grammar even changes depending on how language is used over time. In English, it’s only recently that it’s become acceptable to write “they” when referring to a single person. For example, “Even the most advanced language learner can feel like a beginner, when they first come in contact with the spoken language.” Ten years ago we’d be sternly corrected to say “he or she” but everyday use has gradually changed how we speak and write. This doesn’t mean we shouldn’t pay heed to any rules, but we should treat them as signposts rather than established facts. It also means it’s important to start speaking from day one, preferably with an experienced teacher who is also a native speaker.

I learned the limitations of my textbook knowledge firsthand when I was searching for a workspace in Berlin. The situation was embarrassingly simple. I was prompted to go to the 2. OG, which simply means second floor (or third to the North American audience reading this), but I had never learned that Obergeschoss means storey. I knew Stock, Stockwerk, Etage, but Geschoss was a mystery to me. I also learned Eingang to mean entrance, but when I came to Germany I rarely saw the word. Instead I’d often see Aufgang, or Einfahrt. This is because German tends to be more specific. Eingang denotes an entrance through which one walks. Einfahrt is an entrance through which one drives. Aufgang means that you are walking straight into a stairwell. Geschoss is another word with a specific meaning. It denotes the level of a building and the prefix will generally tell you which level it is: Erdgeschoss, Obergeschoss, Dachgeschoss. Combine that with common short-form notations, 2. OG, EG, etc. and it’s easy to lose your sense of direction. In my case, I was thankfully not the only person going to visit the studio spaces, so I followed the crowd through Aufgang 1 into the 2. OG and found my way without having to ask for help.

Nevertheless, it’s good to take note of common short-hand used in real estate and apartment advertisements. These Abkürzungen can hide quite a few unwelcome surprises for the uninitiated. In Germany apartments aren’t required to have a kitchen. It’s common that the previous tenants will have taken everything but the kitchen sink—literally. By law, the sink is the only thing a landlord is required to provide (you’ll read more about this in the next article!), except for example Berlin where it is required to have at least simple cooking facilities. (Read more about that on the web of the Berlin Tenants’ Association)  The rest is up to you, unless, of course, EBK is listed in the classified. This means that the house comes with an Einbauküche, a built-in kitchen. In my first article I mentioned the difference between Warmmiete and Kaltmiete, and the short-form will come as no surprise: WM and KM. Another good one to remember is KT for Kaution. But don’t spend your time trying to memorize them all. Most are only used from time to time and you’ll find many online resources, like this one, that can help you through this maze.

What happens when you’ve found your future home? The first thing you have to do when you move in is anmelden. This means you have to register your apartment at the local town hall. Die Anmeldung einer Wohnung can be done at almost any Rathaus, which doesn’t mean a house filled with rats but is actually the city hall.

Rat means advice in German, which I guess leads to the conclusion that the city hall is where you get advised on a variety of things. (Ratte is the German word for the poor undervalued rodent!) In smaller cities you can just go in and do the paperwork there, but in larger cities it’s better to book an appointment, einen Termin buchen, something that can usually be done online on the city’s website. But if you’d like to practice your German, you can always call and say, “Ich möchte einen Termin buchen, um meine Wohnung anzumelden.”

How much does registration cost?

Eine Anmeldung ist gebührenfrei, which means it doesn’t cost anything. It is, in the usual run of German bureaucracy, one of the least painful things you can do. Generally they say you have to register within two weeks of moving in but I couldn’t get an appointment until two months after the fact, so I think this rule tends to be taken with a grain of salt.

Which forms do I have to fill out?

As with any bureaucratic function, there are forms to fill out. These too can be found online. As with any official function, you have to bring your Personalausweis, a filled out Anmeldeformular and a Einzugsbestätigung des Wohnungsgebers, which means a confirmation from your landlord that you’ve moved in. This is not your Mietvertrag!

Last week I registered my new apartment and had a little trouble in the process. I was previously registered with my partner, or my Lebensgefährtin (not to be confused with Lebensgefahr which means mortal danger!), so I thought I could register us both in the new apartment without her personally being there. I had her passport, her name was on the Mietvertrag and the Einzugbestätigung, and she had personally signed the Anmeldeformular, so I thought I had my bases covered. Not so. The stern clerk eyed me suspiciously and asked, “Seid ihr verheiratet?” (Are you two married?) I shook my head. “Wie soll ich denn wissen, dass sie das überhaupt will?” she snapped. (Then how should I know that she even wants that?) That being, of course, our cohabitation. It struck me that my sweetheart could indeed change her mind. I shrugged helplessly and muttered, “Das weiß ich nicht.” With a satisfied, authoritative swipe, she crossed out my girlfriend’s name and told me I should have brought a Vollmacht if I wanted to register her too. This is just a signed letter from my girlfriend confirming that I have the right to register her in her name. At the very least, I now officially live in my home. My girlfriend, on the other hand, will have to wait another two months before she can get an appointment.

die Abkürzung : short form (of a word or name)

der Aufgang : the entrance (into a stairwell)

der Einfahrt : the entrance (that you drive through)

der Eingang : the entrance (that you walk through)

die Einzugsbestätigung : Confirmation of moving in

der Obergeschoss : any floor in between the ground floor and the top floor

die Vollmacht : power of attorney, authorization to act in someone else’s name

der Wohnungsgeber : the Landlord or person who rents the apartment to someone else

Anmeldung einer Wohnung : the registration of an apartment

Wo melde ich mich an?

Where do I register?

I’d like to book an appointment to register my new apartment.

How does registration cost?

Which forms do I have to fill out?

Are you two married?

Then how should I know that she even wants that?