Getting Around: Biking in Berlin. By Conrad Smith 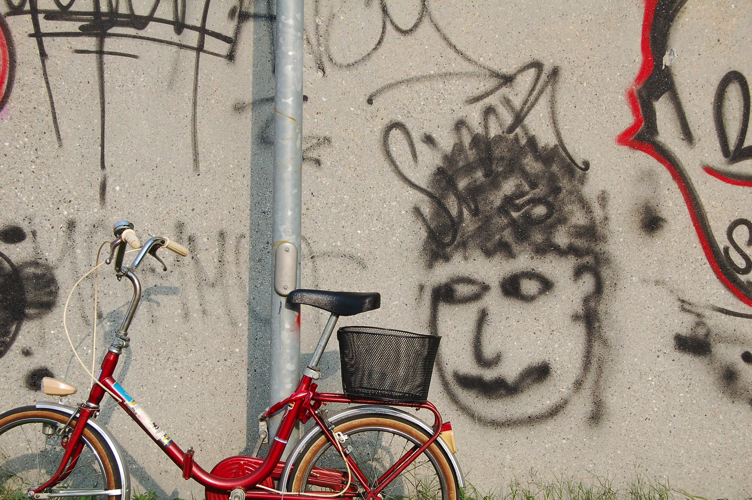 Photo by Chris Barbalis on Unsplash

I’ve never heard anyone say anything good about biking in Berlin, and I’m still trying to figure out why. I’d love to transport some of these naysayers to an August afternoon in Manhattan, where the sweating streets are swollen with tourists and the soundtrack consists of uninterrupted honking peppered with occasional spurts of expletives. Riding your bike through the hot exhaust and aggressive cabbies will make you wish you were dealing with the bike paths and polite drivers of Berlin.

The trusty Fahrrad is hands down the best way to get around many European cities, and even between cities if you want. Berlin is extremely bike friendly, though you won’t hear that from anyone else but me. Pedestrians complain about cyclists who cut across sidewalks and race down park paths swerving between people just wanting to enjoy a leisurely stroll. The ruder ones (usually wearing expensive sports gear) persistently ring their bells to warn slow foot traffic to get out of their way. Cyclists, on the other hand, are indignant about the drivers that cut them off or veer closer than the permitted one meter distance. According to them, resorting to the sidewalk is a necessary safety measure. Naturally, drivers have something to add to the conversation. They point out that cyclists act like capricious anarchists who make their own rules. They’ll act like pedestrians, bikes or cars, depending on what gets them to their goal faster. While there’s a bit of truth in all of these comments, the reality really is not as dire as the picture they paint.

Berlin has a great network of well-demarcated bike paths. They are called Fahrradwege and they are usually painted on the edge of the wide sidewalk, though many are also found on the streets. It’s true they aren’t perfect, but what is? The roots of trees cause buckles in the asphalt, idling delivery trucks use the bike lane as a waiting zone, and it’s not unheard of to see cyclists going the wrong way down a one-way bike path. The upside is they’ll usually get out of the way very fast and shoot you an apologetic glance of regret. Even when there aren’t bike lanes on every street, the smaller streets, Gassen auf Deutsch, are light on traffic and the cars drive slow. Then there are all the parks, the green spaces and the scenic paths alongside the river and canals. If you plan well, you can avoid areas of heavy traffic and, even respecting all the rules, get their faster than the S-Bahn, let alone a car.

In order to ride safely and legally in Berlin, there are few rules you have to follow. Generally, as in most places, you shouldn’t be riding on the sidewalks, though some Bürgersteige und Fußwege have signs that say Radfahrer frei, or they just picture a bicycle. In this case you’re welcome to ride on them too but pedestrians always have the right of way. If your bike path cuts through a Bushaltestelle, a bus stop, you need to wait for passengers to get on and off. It sounds reasonable but not everyone does it. On the other hand, most Einbahnstraßen don’t count for bicycles, which means you can confidently pedal against oncoming traffic, or not so confidently as the case may be. On some busy streets it can be a harrowing experience.

It’s not only a good idea to keep your bike in top condition, it’s actually required. Sometimes riders are stopped by police, just so they can inspect the bike. If it’s not in acceptable shape expect to pay Bußgeld. Acceptable shape means functioning brakes, a light on the front and back, as well as a working bell. Interestingly, what you don’t need to do in fashion-conscious Berlin is wear a helmet and this fact can be easily seen in the streets. You’ll be hard pressed to find one helmet amidst the heavy bicycle traffic. Though I have begun to notice a modest increase in the bicycle airbag, which at 350 – 400 EUR is a costly alternative to the traditional helmet. This “fashionable” accessory looks like a fanny pack strapped to the neck, but at least your hair stays in tact. You load it up with a USB cable, turn it on when you go for a ride, and you should be protected against potential brain damage. When a forceful impact is registered, the airbag pops out in a millisecond to protect the rider’s head. Watch the video  if you want to see this in action. The downside is, once the airbag has come out, it won’t go back in and you have to buy a new one.

Though there are no shortage of serious bikers who wear all the newest gear, you’ll also notice that almost everyone rides a bike in Berlin. Children ride bikes, parents with baby seats, parents with giant toddler wagons, office workers in suits, food delivery boys, well-dressed women in heels, as well as elderly men who block up the lane riding no faster than a walking pace. Bike riding has no age restrictions, no dress code and is embraced by all. Perhaps its the popularity of cycling among all age groups that results in as many debates and complaints as there are. But the fact that such a large range of people continue to cycle says something very positive about biking culture in the city.

It’s also quite easy to join this culture. You can find a bicycle in almost any price range, but to find the real Schnäppchen, you need to go to a cycle flea market, einen Fahrradmarkt. There you can find relatively well-priced, used bikes, though I’ve never tried them myself. Here is a link that will point you to the main bike markets in Berlin. If you go, these sentences might come in handy:

I’m looking for a 24 speed bicycle.

Which city bike would you recommend?

Does the bike have a bell?

I definitely need a pannier carrier.

I would like to take this bike here. How much is it?

How much does this bike here cost?

That’s too expensive. Do you have anything cheaper?

Do you also have a lock?

There is no air in the tires.

The saddle is set to high. Could you please lower it?

Can I give it a ride?