How to Learn German Efficient and Quickly: Your First day in Germany 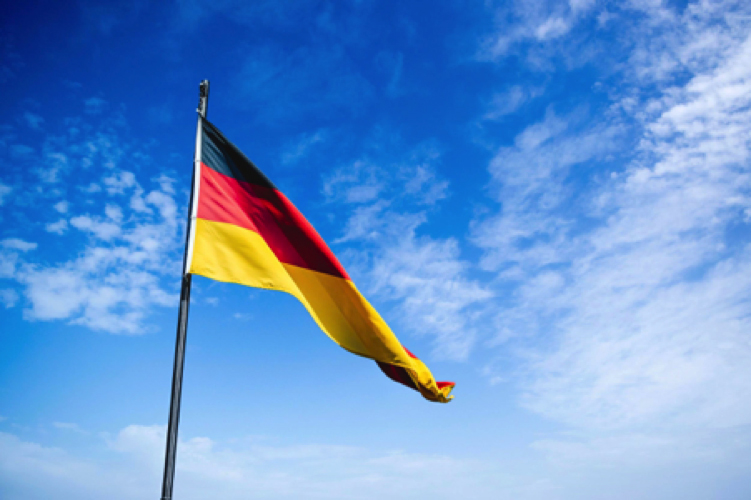 (Photo by Christian Wiediger on Unsplash)

Welcome to the first post of our blog, “Think in German.” Over the next few weeks, we will introduce you to our motivational approach to teaching German. Whether you’re a businessperson, a student, or an avid traveler, if you want to quickly and effectively learn German you’ve come to the right spot.

This is the first in a series of articles that will help you understand exactly how our German lessons, which we personally deliver to you through thinkingerman.com will improve your German fluency, motivate you through the challenging moments, and prepare you for a lifetime of meaningful German conversations. But before begin, here’s a short video where we introduce our method.

Want to know a secret? Sure you do! Every single German speaker starts in exactly the same spot! So in short, while learning German may seem like scaling an impossibly high mountain right now, the reality is you are not alone and you can do it!

(On the mountain; Photo by Christopher Burns on Unsplash)

Even we started exactly where you are. The only difference between a native and a non-native speaker is when you start learning and, like most things in life, the earlier the better. But it’s never too late to start and right now is a perfect moment to start your German challenge. So with that said, let’s dive into an introduction of what your first week working with us will be like in our lesson, “Your first day in Germany!”

Not exactly what you’re looking for? Perhaps you’d like to test your German reading skills with a short German story. Don’t worry, this article will be waiting for you when you get back.

In the first week of your German language learning adventure with thinkingerman.com, expect to learn a lot! To get you in the right frame of mind, let’s start with a short exercise. Imagine it is your first day in Germany and besides ‘danke’ you don’t speak German. Naturally, you don’t know many people yet however, you have a friend named Alex that lives in Germany and invites you to a party. Besides your friend, imagine the other people there do not speak English or your native language. What do you do?

(Photo by Kelsey Chance on Unsplash)

In a situation like this, you’ll likely get asked many questions that you will not understand. Often your friend will be occupied, talking to other people, leaving you to fend for yourself. How will you handle this?

When you learn German with thinkingerman.com, one of the first things we’ll focus on is mastering basic introductions and ‘small talk’ so in your first week in Germany you’ll comfortably speak with the locals. The very first step is learning to say “hello” in the proper context. If it’s a formal event in the evening, you should know how to say “Good Evening“ („Guten Abend“) or it’s an informal event you should know that German people say „Hallo“ [ˈhalo]. Note, it is NOT “Hello“ [həˈləʊ].

Before we move forward, let’s take a moment and dissect formal and informal. While we will dive deeper into this topic over the coming weeks – and even deeper in our personalized intensive training at thinkingerman.com – it is important that you understand the contextual difference between formal and informal German. Perhaps you would like to take a trial lesson.

Ok, while „Hallo” is a great first step, it is not enough to hold your own at Alex’s party. After you warmly greet the person standing across from you, they will likely smile and ask: „Wie heißt du?“ (“What’s your name?”). By the way, “Wie heißen Sie?” (“What’s your name?”) would be the formal question. Just like in your native language, this simple phrase is very important for having conversations and building relationships. To keep it simple, we’re only going to use the first person „Ich“ (“I”) and the second person „Du“ (informal “you”) for now. So, back to our question. „Wie heißt du?“ (“What’s your name?”). To respond with your name, you have a few options:

The first variation („My name is“) is the formal way to state your name however, it is perfectly natural to also use the phrase in informal settings. The second variation, which means literally „I am called“ is also possible in both a formal and informal situation. Number three („I am“) I would recommend for most informal situations. Armed with this new information, let’s get back to the party. Since it’s an informal party and you want to respond in an adequate manner. Pick one of these three phrases and you can answer the question. Your answer would be for example. „Hallo. Ich bin Martin.“ To be nice you would ask the same question „Wie heißt du?“ and the other person would answer.

So, how do you know when you are in an informal or a formal situation? There are a few tell-tale signs. For example, talking to friends is an informal situation. Talking to a stranger can be a formal situation, depending on the context. In the party situation (We said it’s an informal party), even if you don’t know the people you would talk informally to them. When you talk to an older person, we recommend formal as the default. Only if the person allows you to talk in an informal way, by themselves using informal language or asking for informal, you should change to informal German. Also in a business setting it’s often good to use formal German. There is definitely more to discuss and learn as it pertains to informal and formal German and I’ll dive deeper into the topic in an upcoming article. For the next paragraphs let’s focus on informal conversation.

Enjoying this article? Would you like to learn German in a structured and efficient way while also having fun? Sign up for a FREE trial lesson.

Let’s get back to the party. What other details could you tell about yourself? What could you ask the other person? An interesting next step in the conversation is talking about where you come from. Therefore you need the personal pronoun „Ich“ („I“), the verb „kommen“ (to come) or „sein“ (to be), a preposition „aus“ („from“) and the name of your country.

So, let’s imagine you come from Italy. Your answer would be: „Ich komme aus Italien.“ To be friendly you could also ask the other person where he/she comes from. Your question would be „Woher kommst du?“ („Where do you come from?“).  As we mentioned in the previous paragraph, you need the verb “kommen” (to come) for this sentence. But alas, we did not write “kommen” in either sentence.  Rather we used “komme” for first person and “kommst” for second person. They both mean “to come” but are actually conjugations of the word “kommen”. Conjugating verbs is a different topic for a different day, but we wanted to introduce the topic here to avoid confusion.

Photo by Sarah Shaffer on Unsplash

Perhaps the other person is interested in where you live now. To give this information you again need the personal pronoun „Ich“, the verb „wohnen“ (to live) and the preposition „in“ („in“). So your sentence would be for example. „Ich wohne in München.“ And to ask the other person you would ask „Wo wohnst du?“ („Where do you live?“). Note the verb conjugation again. Can you notice a pattern?

In our hypothetical party, imagine you speak very little German but are fluent in English, and Spanish. You have the hope that perhaps the other person speaks Spanish. So you may choose to tell them about your language skills and ask the other person about his or her own. How would you do that?

Remember. Start the sentence with the personal pronoun „Ich“, use the verb „sprechen“ (to speak) in the right conjugation and mention your languages. „Ich spreche Spanisch, Englisch und ein bisschen Deutsch.“ („I speak Spanish, English and a little bit of German.“) Now your question. „Sprichst du Englisch oder Spanisch?“ („Do you speak Englishor Spanish“?).

Talking about your job; here Programmer; Photo by Fabian Grohs on Unsplash

You can already see that the verb is very important in the German sentence structure. Knowing the verb and it’s right conjugation (the right form/ending) gives you the possibility to make the first sentences and the first questions. The verb terminates normally in „-e“ in the first position („Ich” = „I”) and in „-st“ in the second position („Du” = „You”). With the verbs „kommen“, „wohnen“, „arbeiten“, „sprechen“ you can follow this rule: „Ich komme“, „Ich wohne”, „Ich arbeite“, „Ich spreche“.

Enjoying the grammar lesson? Ready to take the next step? Schedule a FREE  trial lesson for the personalized intensive training from thinkingerman.com.

As you can imagine, German grammar has many exceptions. For example, the verb „sein“ (to be). The form for the first person would be „Ich bin“ (“I am“) and for the second person „Du bist“ („You are“). While this verb is very useful, its conjugations are so different than most verbs it often trips up non-native German speakers. However, sein is an important verb. With it you can, for example, communicate your age: „Ich bin 30 (dreißig).“ (“I am 30.“). Of course you have to learn the numbers to make that sentence work, but numbers are pretty easy in German and we’ll definitely tackle them in a future article.

If you would like to know the other person’s age, you may respond with „Wie alt bist du?“ („How old are you?“). Lastly, you may wish to share your personal hobbies. For this, a nice verb is „mögen“ (to like) but, like “sein” it doesn’t follow you the conjugation patterns we previously discussed. If you like chess and tennis, your sentence would be „Ich mag Schach und Tennis“. Your question would be „Was magst du?“ („What do you like“?).

So there you have it. Your first day learning German and you’ve already mastered how to introduce yourself, talk about where you come from, where you live, how old you are, and your hobbies. All in one day! Now, if we can cover all that in 1,500 words, imagine what we’d cover in a 3-month intensive German course!  All the expressions, verbs, personal pronouns, and the logic about sentence structure we discussed in this article will help you as you progress through your German language learning journey. If you’d like to amplify that journey with a personalized lesson plan and one-on-one online instruction you’ve come to the right spot. To see if our approach will help you surpass your German language goals quickly, sign up for a FREE trial lesson here.